State Immunity and the Court of Claims

Does the State of Illinois enjoy sovereign immunity from the claim, even if the breach occurred when the institution was a private entity?

If a private school breaches their agreement with you, typically, you might sue them for monetary damages. But what if the State of Illinois purchases that school or business after the breach? Can you bring an action against the State of Illinois? Can you sue them in Circuit Court, or must you use the Court of Claims? Does the State have immunity from your lawsuit, even if your original agreement was not with them?

The Court of Claims recently wrestled with these questions when a law student sued the John Marshall School of Law, which was later merged with the University of Illinois system.

Does the State of Illinois enjoy sovereign immunity from the claim, even if the breach occurred when the school was a private institution?

As background, in 2018, Bishoy Abo-Saif began his first year of law school at the John Marshall School of Law. Unfortunately, Bishoy had cerebral palsy and received poor grades in his first semester. As a result, his grade point was below the minimum required, and he was dismissed for academic reasons.

Bishoy sued the law school in Cook County, alleging discrimination because of his disability. Bishoy and the law school settled with the agreement that he could attend a summer assistance program at the law school for free. And if his grades improved enough, he would be re-admitted to law school.

Bishoy took the summer course, but his grades did not improve to the required standard, and the law school did not re-admit him.

In December of that year, the University of Illinois purchased the John Marshall Law School, changing it from a private school into a public one owned by the State of Illinois.

But Bishoy still wanted to go to law school, and twice in 2020; he asked to be allowed to retake the law school’s assistance program. He was denied both times. Bishoy sued the Board of Trustees of the University of Illinois. He sought monetary damages for the law school breaching their settlement agreement with him and a declaratory judgment to define his rights.

The University argued that as a State of Illinois school, they were protected by sovereign immunity. And they claimed that the case belonged in the Court of Claims and not the Circuit Court. The Appellate Court agreed with the University and dismissed the case.

How Does the Immunity Act work with the Court of Claims Act?

The Appellate Court reviewed the case in light of three Illinois statutes: the State Lawsuit Immunity Act, the Court of Claims Act, and the University of Illinois Act.

Section 1 of the Immunity Act provides that the State “shall not be made a defendant or party in any court” except as provided in the Court of Claims Act (705 ILCS 505/1).

The Law Student Argues Against the State’s Immunity

Bishoy argued that the statutes are inapplicable because he entered into a settlement agreement with the John Marshall Law School, a private entity. He did not enter into an agreement with the State of Illinois. He asserts that when the University of Illinois bought the law school, they assumed all liabilities and obligations, and the immunity statute is inapplicable.

Bishoy states that his claim is outside the scope of the Court of Claims Act because his claims are founded upon a suit with a private entity and do not constitute “claims against the State founded upon any contract entered into with the State of Illinois.”

If a judgment could subject the State to liability, the action is barred by the immunity statute. The court said that all three of these elements existed, and the State was entitled to immunity.

The information in this blog post is provided for informational purposes only and is not intended to be legal advice. You should not make a decision whether or not to contact an attorney based upon the information in this blog post. No attorney-client relationship is formed nor should any such relationship be implied. If you require legal advice, please consult with an attorney licensed to practice in your jurisdiction. 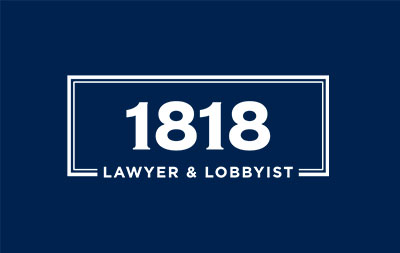 How to Hire an Attorney for IDFPR Issues: What to

Ghosting Clients Can Cost You Your Real Estate License

SIM Swaps and Crypto Losses are not Covered by Identity

Please fill out all fields and submit to request your consultation.
Call Now Button